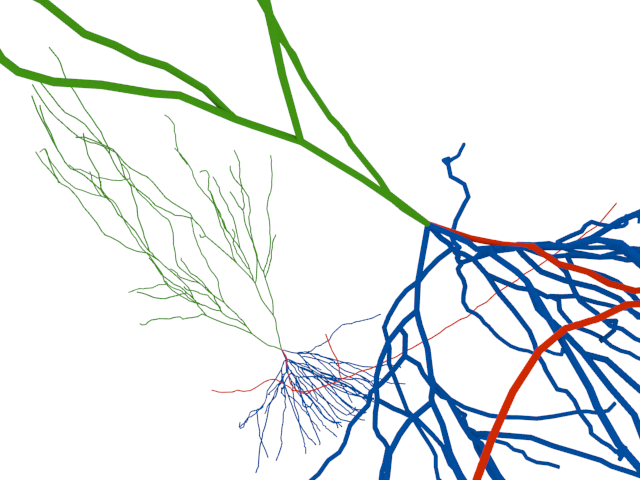 The swc-importer for neural reconstructions is also now on Github. I used this opportunity to embed the key function into an importer class for Blender.

In the last few months, PAM received a major update. Most importantly, mappings between different layers can now be configured within the Blender user interface and they are also saved in the blend-file. Now, a 3d network can be generated within a minute and it is not necessary anymore to learn new python commands for the network definition.

I am proud to announce the start of a new long term project that begins with a paper that came out recently.

PAM is the foundation for studying generic and specific coding principles of neural networks. The idea is to create artificial neural networks whose connectivity properties and connection lengths result from reconstructed anatomical data. Using a 3d environment to model and describe real neural networks, we can describe complex relationships between layers of neurons. With PAM, we can account for connectivity properties that are influenced by global and local anatomical axes, non-linear relationships between distances of neurons and their connection lengths, and we can incorporate many experimental data, like images from tracer studies, directly into our model.

In the long run, I hope that PAM can help to understand how the structure but also how self-organizing principles (like diverse forms of plasticity) contribute to the topology and thereby also to the function of the network. In particular, we are interested in the functioning of the hippocampus.

Replaced link to Bitbuckt by link to Github. 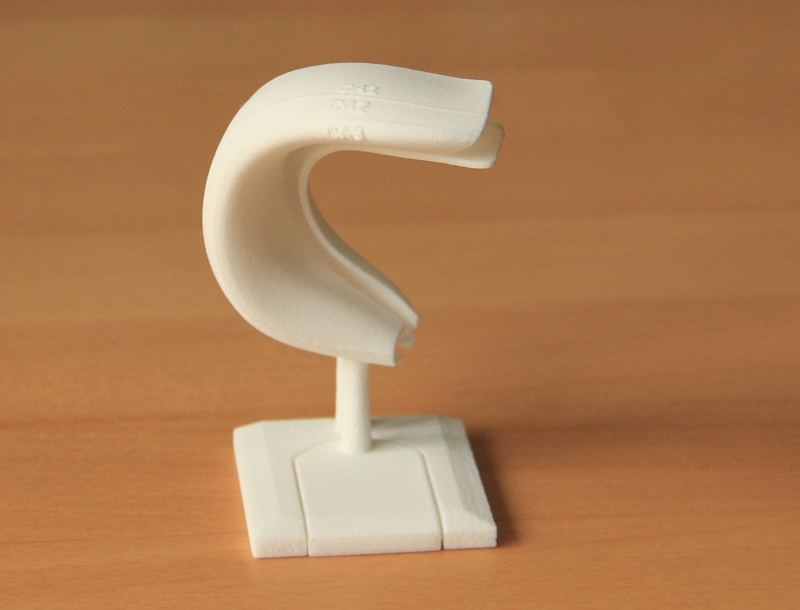 If you, like me, work on the hippocampus, you know that it is incredibly hard to understand how the hippocampal formation actually looks like in 3D. Dentate Gyrus and CA3-CA1 lie in the rat along the dorsal-ventral axis but also traverse the medial-lateral and anterior-posterior axis.

Now you can order a 3d print of the hippocampus at Shapeways which helps a lot to understand how the neural layers look like and how they are interwoven.

This TED talks shows some impressive visualizations of molecular reactions. In particular the emergence of this football-like shape (at around 1:16) is astonishing.

The software they use, called  molecular flipbook, has been developed by a team around Janet Iwasa and is based on Blender. This is another great example of Blender becoming more and more a helpful tool for scientists.

Here is a little operator that I wrote for Blender. This operator is basically a side-result of a larger project I am working on but I thought it is worth sharing this as it might be useful for others as well.

The aim is to bring a given mesh-surface into another shape. For example, in the picture below, I would like to transform the right mesh (the origin) into the form of the left mesh (the target) while its internal topology should be maintained. 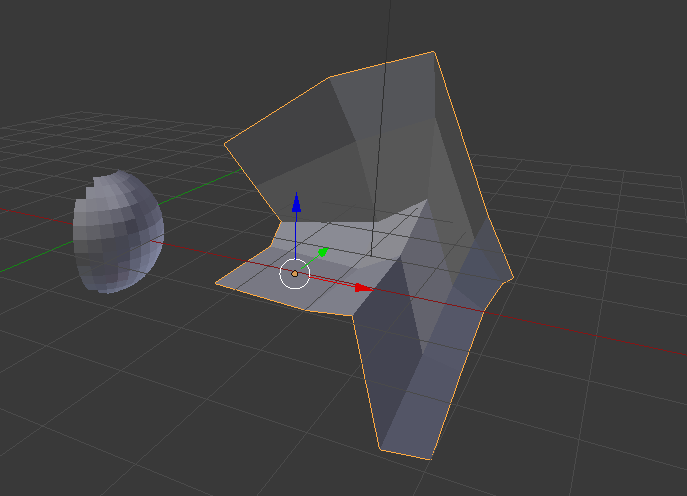 I found that the easiest way to achieve this is, to unwrap both objects and simply define in UV-space how the right mesh should cover the left mesh.

The addon and additional information as well as some debugging issues can be found and discussed in this BlenderArtists-Thread.